The GLOBALG.A.P. Academy and our capacity building projects with local partners are vital to our mission of achieving safe, sustainable agriculture worldwide. We channel information and knowledge through our trainers, experts, and large network of independent consultants (GLOBALG.A.P. licensed Farm Assurers) to reach producers. Producers are then in a better position to make informed commercial decisions and receive professional guidance on their way towards certification and new market opportunities.

The GLOBALG.A.P. Academy offers workshops and training programs to transfer our extensive certification experience, knowledge, and expertise to those who need it. Targeted, up-to-date trainings are offered in various locations around the world. Due to the coronavirus pandemic in 2020, most trainings were held online. 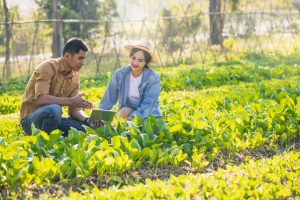 For those interested in learning about the Integrated Farm Assurance (IFA) control points and compliance criteria. Ideal for producers and producer groups seeking certification or those wishing to update their IFA compliance information. 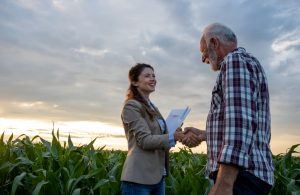 For those interested in understanding how the GLOBALG.A.P. group and multisite certification system work.

For those seeking training on specific GLOBALG.A.P. add-ons, such as SPRING, TR4, GRASP, or FSMA. Participants receive detailed information on these tailored solutions.

GLOBALG.A.P. Academy is one of only two authorized SRP training providers worldwide and can offer the full range of SRP training solutions for producers and auditors. 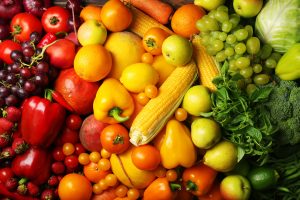 Workshops were held in eight different languages in 2020.

*Trainings were held on the following add-ons: GRASP, TR4. SPRING, and FSMA.

There were four capacity building projects underway in 2020. Click on a project to learn more.

The Ministry of Industry, Commerce, Agriculture and Fisheries (MICAF) of Jamaica commissioned GLOBALG.A.P. to review the effectiveness, cost efficiency, and sustainability of the Jamaican government’s approach to supporting the implementation of the GLOBALG.A.P. IFA standard and assist in developing a framework for the implementation and monitoring of GLOBALG.A.P. in Essex Valley and additional sites. The framework should also support the long-term training of beneficiaries in keeping with the requirements of the GLOBALG.A.P. IFA standard, in partnership with recognized agricultural institutions in Jamaica.

The assignment started in 2019 with a document review, field visits and first capacity building measures. In 2020, three new instructional G.A.P. in Action videos on post-harvest hygiene, plant protection products, and waste management were published under the project and incorporated into the training concept that was developed for use by the key organizations working directly with producers to familiarize them with the G.A.P. methodology and standard requirements. The project served to test a new concept, that is more oriented on the production process and different management practices rather than following the modular structure of the IFA standard. The new concept was successfully trialed with the future trainers and handed over at the end of the project together with the final assessment report. This report included recommendations on how to further facilitate GLOBALG.A.P. implementation in Jamaica by making use of different entry tools, such as localg.a.p., directing available funds towards raising awareness, and building producer capacities and improving the institutional framework through the creation of collaborative platforms such as a GLOBALG.A.P. National Technical Working Group. 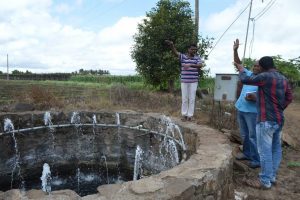 The U.S. Government’s New Silk Road Initiative is supporting Central Asia to regain its place at the center of renewed trade between the East and West. An integral part of the initiative is the Competitiveness, Trade, and Jobs (CTJ) Activity, funded by the U.S. Agency for International Development (USAID). The CTJ works in Kazakhstan, Kyrgyzstan, Tajikistan, Turkmenistan, and Uzbekistan to improve the region’s trade environment, resulting in growth for exports and increased employment.

GLOBALG.A.P. supported the CTJ project through activities aimed at improving the knowledge and skills which are needed to comply with international market regulations and requirements in the horticultural sector, thus making the Central Asian agri-food sector more competitive.

The collaboration was also the first ever to include a large range of GLOBALG.A.P. workshops exclusively in an online format. There was a total of 90 participants for all workshops. While GLOBALG.A.P. has already held some workshops in Central Asia over the last years, some of them were held for the first time, such as the producer workshop and the workshops on GLOBALG.A.P. add-ons – SPRING and GRASP. The GLOBALG.A.P. Academy team was particularly happy to see participants from Turkmenistan.

The online workshops have contributed to accelerating discussions on quality control and food safety measures and overall increased the knowledge on GLOBALG.A.P. standards. Now, a thorough follow-up is needed in order to turn interest and knowledge into substantial results – an increasing number of GLOBALG.A.P. certificates opening the door to international markets.

A new project was started in collaboration with the Agency for Implementation of Projects in the Field of Agroindustry and Food Security under the Ministry of Agriculture of the Republic of Uzbekistan (UZAIFSA) for the Horticulture Development Project. The objective is to improve the competitiveness of horticultural products from Uzbekistan in international markets through development of GLOBALG.A.P. services which are affordable for local producers in the country.

Activities in 2020 included an awareness campaign on good agricultural practices, including GLOBALG.A.P. standards, through a series of virtual presentations as well as the distribution of G.A.P. in Action videos and posters in Russian to the horticulture industry. GLOBALG.A.P. also presented a roadmap for the foundation of an approved certification body to cover the growing demand for auditing and inspecting services in the local area. Great importance was attached to improving and extending the abilities of service providers, in particular consulting and technical assistance, through a series of workshops on the GLOBALG.A.P. IFA Fruit and Vegetables Standard and Quality Management System. The project is expected to continue until September 2021, during which the theoretical knowledge shall be put into practice. Some of the trained experts will mentor selected beneficiaries (groups or individuals) in how to prepare for GLOBALG.A.P. certification and enable the experts to provide competent support on GLOBALG.A.P. in the future.

The project in Uganda aims to strengthen the technical capacity of NECPA and their extension team to support market orientated chilli production across their entire area of operation. The core activity for the project is to ensure that farmers are empowered with the right skills to help them establish viable chili business.

GLOBALG.A.P. supported the project by providing training on to 11 staff members of Farm Africa and the North-Eastern Chili Producers Association. Subject of the training was the GLOBALG.A.P. IFA standard for Fruit & Vegetables as well as quality management systems. The aim was for workshop participants to then be in a position to help farmers wishing to achieve GLOBALG.A.P. compliance. After the workshop, a GLOBALG.A.P. trainer provided mentorship to one staff member over a course of 4 months to enable the project team to develop their own quality management system. The success of the QMS now depends on incorporating the rules and procedures into the daily work.

We would like to thank these certification bodies for being a valuable part of the GLOBALG.A.P. system. We recognize their continued efforts to improve performance and enable good agricultural practices to spread around the world!

Countries with Local Offices of GLOBALG.A.P. Approved Certification Bodies around the World

You can find all approved CBs here

GLOBALG.A.P. is all about collaboration. Our partners share our commitment to the GLOBALG.A.P. principles of transparency, sustainability, and promoting good agricultural practices all over the globe. 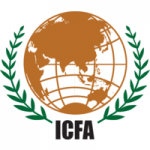 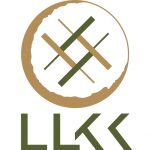 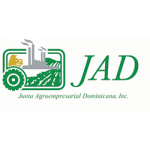 In the Dom. Republic 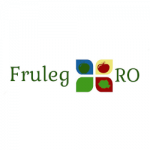 The GLOBALG.A.P. Database is a key tool of the Integrity Program. It contains all the producers with a GLOBALG.A.P. certificate worldwide and their unique 13-digit identity number (GGN). Anyone can search the Database for a GGN and find all the relevant product and certification information for that producer. The Database enables instant and complete accessibility of registration and status data for every producer and product, thus ensuring traceability and transparency.

In the GLOBALG.A.P. Document Center you can find checklists, National Interpretation Guidelines, Benchmarking documents, feedback forms, fee tables, brochures and more. It is the go-to place for GLOBALG.A.P. resources.

Farm Assurers are independent, GLOBALG.A.P. trained and approved consultants who provide expertise to producers. With first-hand knowledge about the GLOBALG.A.P. system and the latest industry developments, they make the standard easier to understand and help simplify audit preparations. 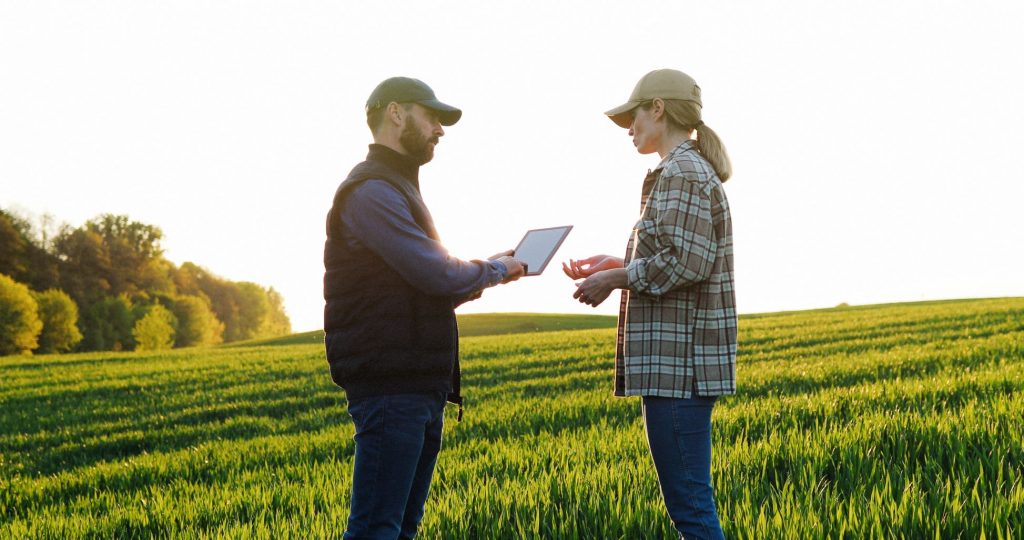 Number of Farm Assurers per Region in 2020

Those who achieved silver seal status for the first time in 2020 are highlighted in yellow.

GLOBALG.A.P. recognizes other standards as equivalent. This form of benchmarking avoids the need for duplicate audits and simplifies certification for producers. In turn, this reduces costs, administration, time, and effort for producers, suppliers, and retailers – contributing to higher engagement in safe and sustainable agriculture, 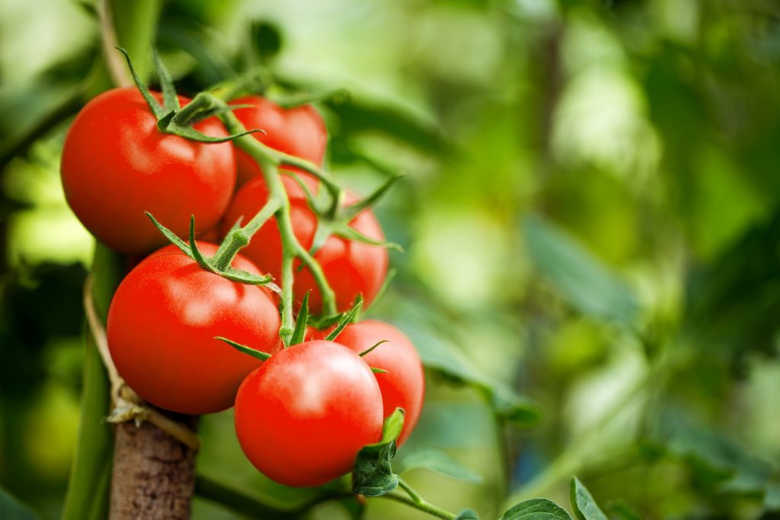 * Supplement to reach equivalence is available.

List of New Applicants and Reapplications for IFA V5

Click here for the latest information on benchmarking services